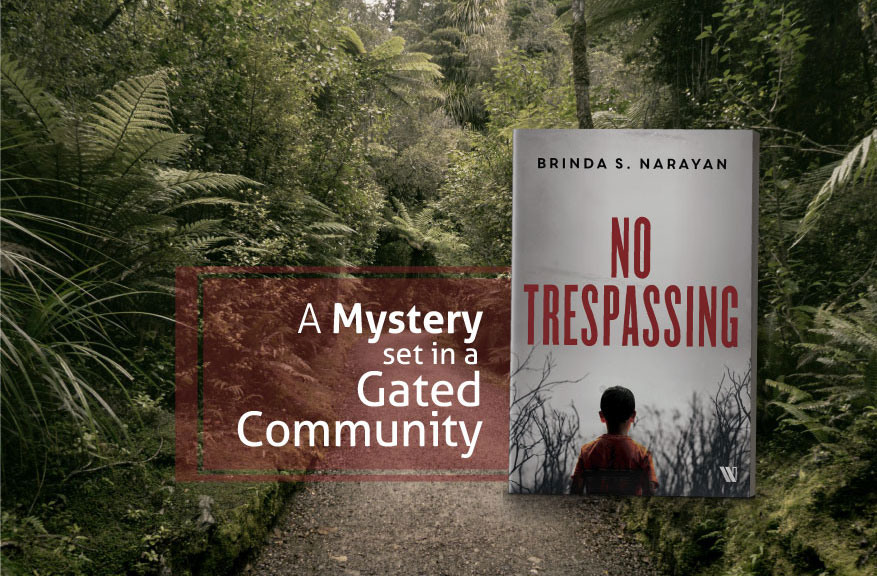 When Manas and I moved from Bangalore to Mumbai, we no longer lived in a quiet community. Instead, we found ourselves in a nondescript flat whose road-facing walls were sullied by the city’s dense smog. In the distance, the sea glistened and roared. Though we tasted its salty sting, our living room overlooked a clutter of boxes and dusty cacti. Previously, we’d have shuddered at the shabby, middle-class vista, refused to live here even. Now we cherished the emphatic retreat from our Fantasia idyll – the blur of dragonflies above our climbing rose, the silvery glint of a sun-speckled lake.

We guarded our anonymity, revelling in the thronging island’s unconcern. And we rarely reached out to the old crowd, doing our best to forget. We replaced our luxury linen drapes with plastic blinds, sealed our crystal trinkets in a carton, sold our Thos. Moser walnut dining table and bungalow-style cherry-coloured settee. We dumped the weekly real estate supplement that accompanied the Saturday paper into the recycle bin, without glancing at new properties advertised.

Our lives were so consciously removed, the barriers so carefully erected, I wondered if we might start missing those people or missing the place, and my mild-mannered husband, who was rarely baleful, curled his lips and said: “Not that place. Never Vedika, never.”

And yet they trickled back in, those years. They slid in with the mail, in tedious quarterly requests for the next loan repayment. They came back when I crossed the street, and caught sight of a glass façade or a sloping red-brown roof, or the polished gleam of a tall, wooden gate. Sometimes it was only a glimmer of something, the way the light flitted across a rainwater puddle, reminding me of the Fantasia lake in the afternoons. Sometimes, a bolt of green fabric in a sari shop. Sometimes, the sound of children squabbling in the park behind the 2nd Main bus stop.

Often it caught me unawares, at times when I was not thinking of anything. One afternoon at a beauty parlour, in the midst of a facial, I was sinking into a pleasant afternoon snooze while the woman‘s fingers kneaded my forehead. Suddenly, I spotted something in the mirror that set me shuddering in my chair, startling the cosmetician. On the ledge facing the mirror, below an advertisement for a new hair colour, seven wigs were stacked in a VIBGYOR series.

One night, I was muttering in my sleep, as Manas said I often did. Perhaps a large shadow was cast by the neighbours’ tubelight, which penetrated our sheer curtains, or by the dim nightlight that Manas had recently installed. When I woke up, I screamed. Since then, we had had the curtains replaced, the nightlight shifted, but the horror clung to us, as if we had no right to shake it off.

Of late, I had started hiding the bank notices. Not just from Manas, but also from myself. Folding them into discarded India Today magazines, stuffing them behind the mustard and turmeric jars, where brown-yellow stains obliterated their menace. The latest notice, however, slipped under our door on a radiant Saturday morning, had a red line across the envelope. The letter inside warned of raised interest charges. Manas, his reading glasses perched on his slightly crooked nose, had creased his forehead into an exasperated funnel: “Have to sell it.”

I spooned rice pudding into Karthik’s mouth. Milky residue dribbled from the corners. I scowled, was about to say something, then bit back the barbed words. Did we have to enter that fraught territory again? The unraveling after the glorious beginning, and then our ceaseless bickering about whose idea it had been in the first place:

He was right. There was the loan to contend with, mounting monthly dues and unflinching bankers that we couldn’t elude any longer. Till recently, the market was dormant, but of late, there were signs of a revival. We needed to act quickly before new forces dampened what brokers had started calling “green shoots.”

A month later, when we headed to Bangalore to spruce up our villa for potential buyers, my mind meandered to the early years. To the times before my son was murdered. To the fairytale beginning.