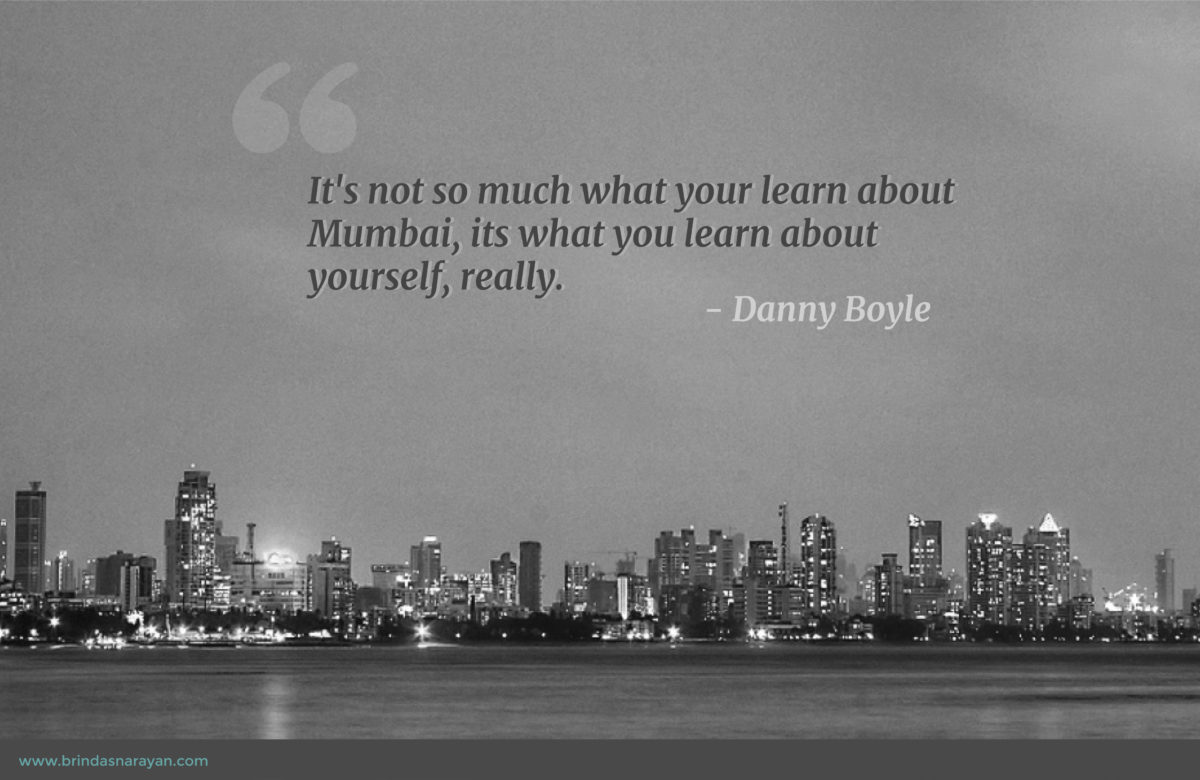 Design Thinking and Beyond: What Mumbai can Teach You

Most Mumbaikars would agree that the city has a distinct character. Some dwell on its resilience (its lightning-quick recovery after every monsoon flood), some on its diversity or syncretic character (though this has been shattered now and then by riots or by the growing stronghold of communal forces), some on its throbbing activity, some on its stark and rising inequalities (brilliantly chronicled in James Crabtree’s recent book, The Billionaire Raj).

Mumbai also gives rise to a special ingenuity, a sort of cunning creativity that is the outcome of its history and its central position in the country’s cultural narrative. Can individuals and companies mimic aspects of this eternally fascinating city to drive their own creativity?

Infuse Change into Your Life

Mumbai not only spins stories in its legendary films and other myriad forms of entertainment, but constantly rewrites its own narrative, as migrants flock into its innards to ply taxies, clean toilets, ferry calls or gyrate hips to the whimsical directions of a newbie choreographer.

Because of the constant and massive influx of new migrants, the vast majority of whom either stay back or at least stay connected with the new hub, the city constantly reinvents itself. Despite infrastructural challenges, Mumbai’s growth rate continues to outpace many other global cities, leading to a perpetual sense of renewal.

Both organizations and individual creators have to devise means to stay refreshed and seek changes, even if the shifts do not always entail physical journeys or the injection of new employees. Sometimes the movements can be merely mental shifts, ushered in by an imaginative training program, or by a new direction for the company. Individuals can acquire new skills or hobbies.

Often, given other constraints that we operate under, the changes can be much smaller. For instance, just use another mode of transport to work. Visit an art gallery if you have never been to one. Copy a sentence with your left hand, if right is your dominant one. At the workplace, put up a new painting. Reassign cubicles to spark new encounters.

Mumbai is a city that both manufactures and manipulates emotions. Yet the city also watches each new (or veteran) inhabitant or visitor with a bemused detachment, as a dog might observe fleas prancing around its tail.

The city’s characteristic indifference emerged from its special history. In the 1930s, textile workers flooded into the city to people its factories, and they were stacked in tiny tenements, almost one on top of another. As the legendary Urdu writer, Saadat Hasan Manto tellingly depicts in his ‘Bombay Stories’, such closely-packed togetherness did not foster a sense of solidarity among the workers. Manto observes that “because their lives were so difficult, they had no time to think about others.” Yet, it was this very indifference that offered anonymity and personal space to creative thinkers. Manto himself missed Mumbai greatly when he left it later.

The city’s dispassion is particularly central to its trade and commerce. At a lecture at the University of Chicago, Suketu Mehta, the author of Maximum City, narrates an anecdote about a recent visit to Mumbai. While Mehta was at a traffic light, a street urchin approached his car to sell him a pirated version of his own book.

“How much?” asked Mehta.
“500 rupees,” the urchin replied.
“That’s too much,” Mehta said. “Because I have written that book.”
Without a second’s hesitation, the urchin promptly responded with a spontaneous, “Then you can have it for 400.”

What is particularly striking here is the urchin’s nonchalance to Mehta’s claim. The boy might even have been disbelieving and rightfully suspicious, as the city always is, to any exaggerated declaration or overblown sense of self. Yet he didn’t flinch, but masterfully exploited the encounter to offer a discount.

Like Mumbai’s street urchins and deal-makers or like the dispassionate city itself, creators need to be, at some point, critically distanced from their own creations. This not only steels you to inevitable rejections, but also enables you to incorporate feedback from consumers or other critical voices. Companies need to ensure that creative units are not constantly measured, but granted the necessary autonomy and space to engender solutions.

Given the limits to its horizontal expansion, Mumbai continues to devise inventive ways to accommodate arriving hordes. Some of the cleverest interior designs have emerged from the space constraints that its vertical rise imposes.

But even as it deftly contracts space, the city also expands time. It’s possibly one of the few cities in India, where you can eat, drink, play, work, worship or sleep according to your own quirky schedule. It’s also one of the few places where repairpersons are available at odd hours to fix a water filter or plug a leak.

All creators alter space and time in some manner. Writers and filmmakers transport you to a different place (or time), photographers freeze time, painters shift your perspective. Similarly, some products and services change the customer’s relationship with these two dimensions. For instance, all e-commerce sites shrink distances, and bring stores to your desktop. Hair colours and anti-aging lotions freeze time (or at least our perceptions of it).

You may want to consider the manner in which your product distorts time or expands space, and think of how a resource-starved Mumbaikar might have done it more ingeniously.