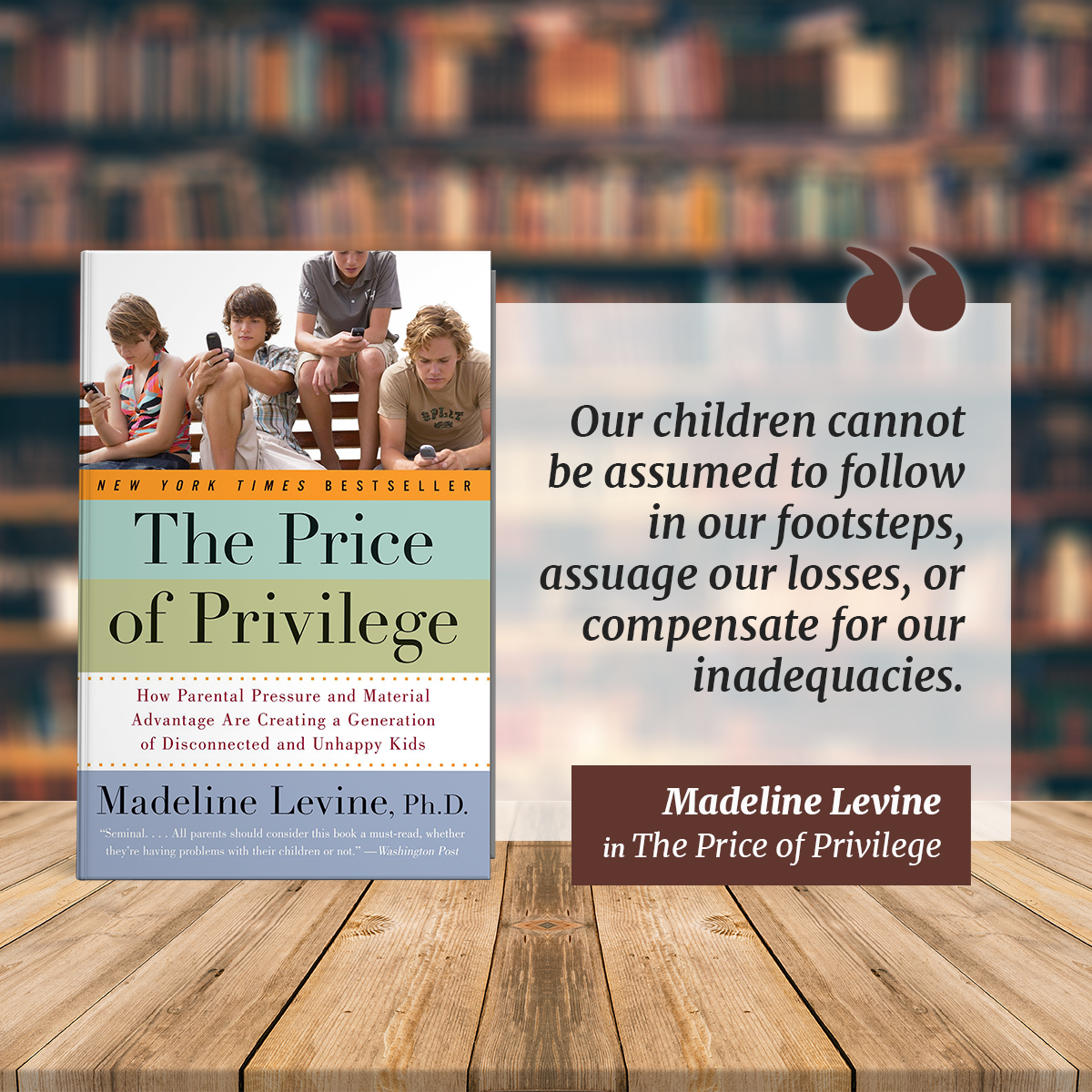 Lessons from Books: How Parental Privilege Can Adversely Impact Children

It doesn’t take much to inhabit privilege in India. If, as a family, you own a house, a car, and your kids attend a somewhat decent private school, you are already materially distanced from the vast majority who throng our towns and cities. But people who belong to this exclusive set, even on relative terms, are usually aware that prosperity ushers different anxieties. One of the most common parental concerns echoed in such circles centers around the motivation of children.

Given that many Indian parents emerge from generations that grew up in materially sparser circumstances, they worry that affluent pre-teens and teens no longer possess any material drive to succeed. They wonder if a “rich kids’ syndrome” is eroding their child’s capacity to perform – in academic and cocurricular spheres. Such anxieties are only heightened by the distractive presence of technology and the addictive lures of the internet.

One of the homogenizing effects of globalization, is that such concerns are now shared across nations and cultures. In 2006, the psychologist Madeline Levine published The Price of Privilege, documenting the manner in which children from relatively upscale families, seemed to possess many external markers of success – like decent grades, a slew of talents, even a chance at cracking some of the most elite colleges – and yet dwelt inside a disturbing vacancy or void.

In one of the first encounters she cites in her study, a young girl who walked into her office from an upper-class, high-achieving home had the word “EMPTY” carved out on her arm, with a razor. Levine noticed that her patient was only symptomatic of a larger social problem, one surprisingly unaddressed: about growing psychiatric disorders, drug and alcohol abuse, anxiety and stress among kids raised by the meritocracy.

In her book, she observes the growing parental “overinvolvement” in achievements – like in report cards, or in sports trophies, or in the child’s piano skills. Such hyper-monitoring is accompanied by a simultaneous “underinvolvement” in the stuff that matters – emotional resilience, self-acceptance, contentment. After all, as Levine notes, teenagers who are frightened to show a parent a bad report card or admit to failing in some significant contest, are unlikely to confess their other insecurities: “Am I too fat?” “Do people like me?”

She also warns that parents tend to underestimate the consequences of their own absences – due to workplace pressures or career tugs – and to overestimate their emotional closeness.  In her clinic, she was often surprised by how little parents knew about the interior states of their children. Even those who communicated everyday with their kids, driving them to various classes or spending “quality” time with constructed, “fun” activities were shockingly unaware of the degree of distress, or of the depth of the kids’ apathy towards their own achievements. After all, social success without an accompanying sense of agency or ownership can feel, like that young girl communicated agonizingly with a razor, “empty.”  Being engaged with or even disappointed by failure is, in psychological terms, healthier than being bored with success.

Levine suggests that it’s not the excess of “things” – the devices, the vacations, the underused toys – that “spoil” kids, as much as parental pressures and expectations. She exhorts parents to tread with caution, to inhabit the narrow tightrope between “intrusion” and “support.” As she puts it, “support is about the needs of the child, intrusion is about the needs of the parent.” While most of us tend to be heartened when kids work hard, she also points to “maladaptive perfectionist strivings,” which can have pernicious rub-off effects on body image, or to one’s ever-fluctuating social media standing.

Suniya Luthar, while conducting research in the 1990s, stumbled on findings similar to Levine’s in a rather surprising way. Her study aimed to establish the degree of substance abuse among poor, inner-city kids. As a control group, she also recruited some upper-income kids who lived in an affluent suburb in the Northeast. She had expected to find few problems with the upper-income cohort. Instead, she discovered the opposite. The rich kids were beset with more substance abuse and “crime” issues than their poorer counterparts.

In response to studies similar to Levine’s and Luthar’s, Stanford University has created a program to challenge conventional models of success (https://www.challengesuccess.org/). While the University realizes that its very presence fuels the problem – by cultivating a toxically aspirational “brand” that whets parental appetites and leads to a frenzied spiraling of desire and disappointment – many faculty members and other social spectators are urging their potential applicants to look elsewhere. To raise healthy kids, rather than successful ones. To be more accepting of children as they are, rather than as you would wish them to be.

In a poem addressed to a teenager, the poet Joe Mills says “love is this desire to help even when I know I can’t…” Taking Levine’s warnings into account, perhaps we should expand the notion of parental love to include deliberately not intruding, especially in situations, when we sense our assistance might fuel resentment, defiance or a thick veneer of indifference. Recalling the manner in which most toddlers learned to walk, spurred by a mysterious Inner Will and gentle family coaxing, perhaps parents ought to occupy the supportive sidelines, with cheers and soft nudges, as our pre-teens and teens cleave their own paths through the tangles.

Levine, Madeline, The Price of Privilege: How Parental Pressure and Material Advantage Are Creating a Generation of Disconnected and Unhappy Kids, Harper Collins, 2006