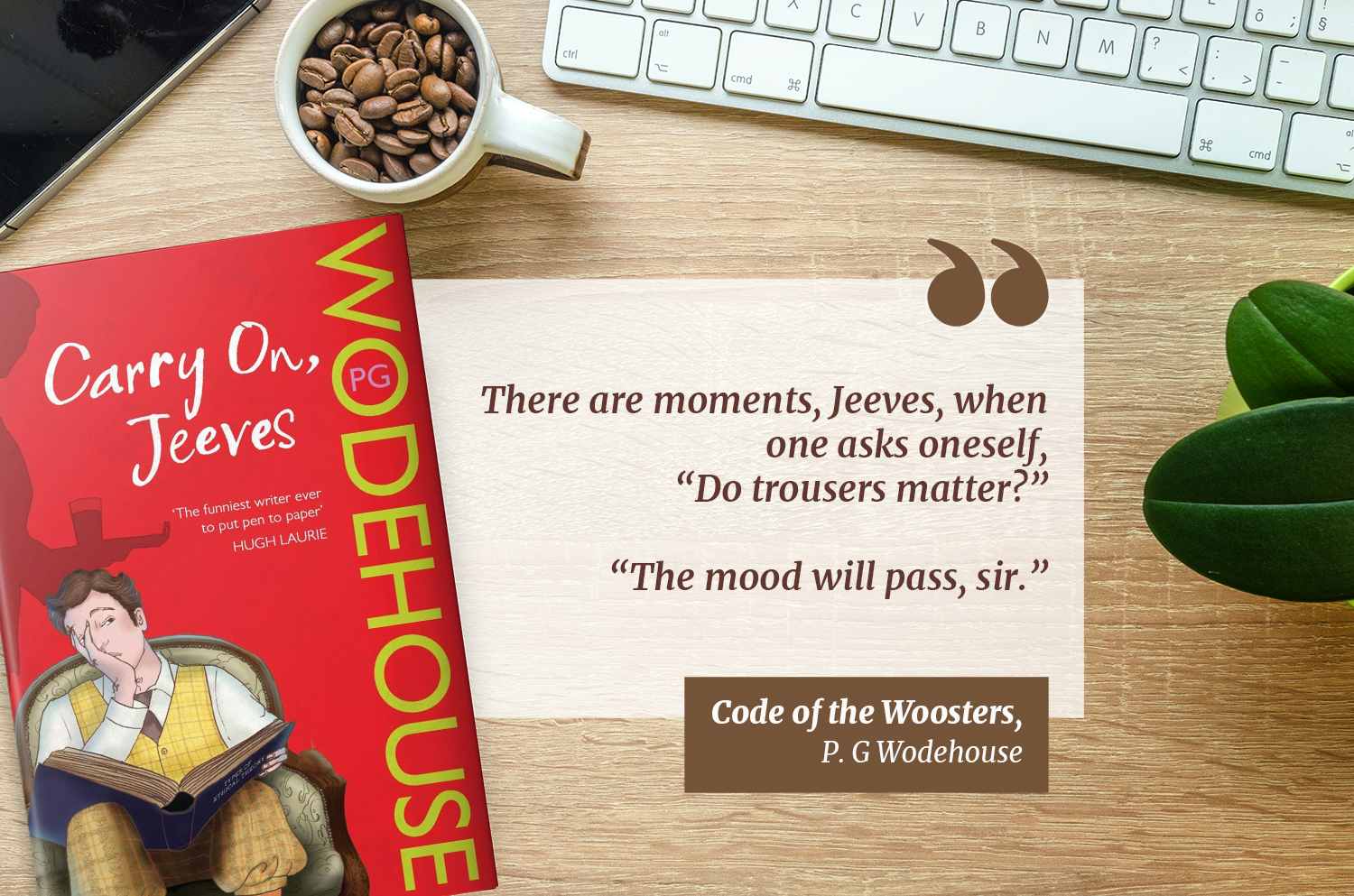 Lessons from Books: Decoding P.G. Wodehouse and the Ploys of Humour

Those who are exhausted by the grim graphs that chart the pandemic’s climb (or retreat), might do well to re-engage with P.G Wodehouse. To watch, with quiet chuckles and the occasional, loud cackle, as Bertie Wooster devises another harebrained scheme to extricate himself from a betrothal to the wrong woman or a distasteful prize-giving ceremony foisted on him by a wrathful aunt. And moreover, ignores the sage advice proffered by his all-knowing valet, Jeeves, who is, like the search-engine that was named after him, equally attuned to the zippiest of racehorses and the works of the Dutch philosopher, Spinoza.

As the obstinate Wooster sinks further into a mire, as Jeeves prods and retreats like any hyper-intelligent but emotionally astute subordinate would with a rather dim-witted boss, Wodehouse has the elusive, magical ability to keep us gripped. How does he do this even when we can always predict the ending: Jeeves wins, Bertie loses? How does he suck us into his world – of bumbling aristocrats, of crotchety, domineering aunts, of genial but endearingly blinkered Lords, whose castles are crumbling into decrepitude, even as they shower attention on pigs? More than anything else, how does he unfailingly keep us tickled?

Humour, whether as a standup comedian, as a late-night host, as a TV writer or any other entertainer, is one of the trickier feats to pull off. After all, every joke elicits an immediate response: laughter and loud applause or a nerve-racking silence. Sometimes, an in-between – the polite titters of a few, or the robust chortles of some accompanied by the shocked gasps of others. In the Booker-winning novel, A Horse Walks into a Bar by David Grossman, a standup comedian in Israel almost breaks down on stage, as he attempts to arouse the audience. Grossman evokes the harsh, judgmental glare of a comic’s audience, and its shifts from being occasionally complicit to turning viciously critical – heckling, booing, shouting the performer down. Like the swirling eddies that anticipate a storm, “The room is silent. A few wary smiles here and there,” but later, “The crowd laughs. A big held-in breath that bursts out in laughter.”

But what causes such mirth? Conscious of the irony of turning to an unfunny and ponderous crowd, I thought it might be worthwhile to examine academic takes on humour. In a book titled “Humour” and published as recently as 2019, the literary critic Terry Eagleton glides through the history of joke-making. While laughter has many variants, Eagleton notes that it usually involves a loss of bodily control and perhaps a momentary erasure of the self. It’s a sound that transcends language, and hence draws us closer to animals. But, ironically, animals don’t cackle or snort. Laughter can also be viewed as a regression into a childlike or infantile state, when we shake off the norms and burdens of adulthood.

But laughing can also be perilously infectious. According to Eagleton, “[there] have been lethal epidemics of the stuff,” in places like China and Siberia, where thousands were killed by unstoppable paroxysms. In 1962, in the then-Tanganyika, school districts had to be shut down for months, because of a laughter epidemic. Like any intoxicant, too much of the good stuff, can apparently immobilize you.

Nonetheless, as the author Milan Kundera puts it, “to laugh is to live profoundly.” Eagleton suggests that comedy works by injecting disorder and toppling hierarchies, so that we can inhabit, at least for the duration of a funny show or novel, a pleasant forgetfulness.

Getting back to Wodehouse, one observes the manner in which the reigning social order is gently mocked at. Many members of the upper-crust, while self-conscious of their somewhat dubious entitlements, are blithely tangled in absurd or daffy situations. Moreover, conventional relationships are often delightfully subverted. For instance, in one of his short stories titled Lord Emsworth Acts for the Best, an already troubled Lord detests his third son, a creature that he explicitly tries to attach to a millionaire’s daughter. Not just to revel in the riches, but also to be rid of the “trouble.” Contemporary comics would do well to learn from the Master, to glean from his wizardry with words, and from his ability to evoke hilarity in bland everydays.

Grossman, David, A Horse Walks into a Bar, Vintage, London, 2016