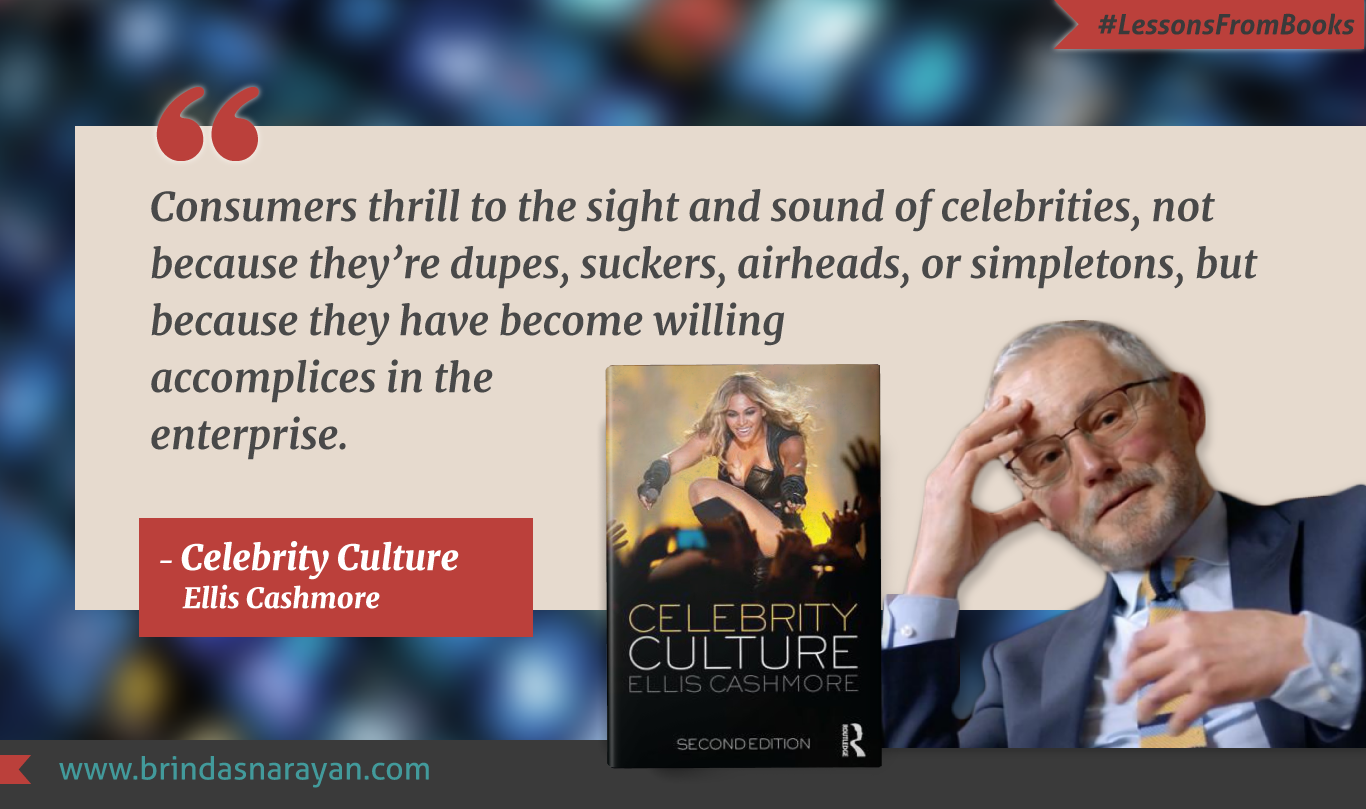 Lessons from Books: What Our Ongoing Obsession with Celebrities Tells Us about Ourselves

After their recent interview with Oprah, Harry and Meghan Markle have created an expected and almost predictable flutter in the global media. The more fascinating question is why squabbles among the Royals should still occupy so much collective bandwidth, given the overweening issues we are currently dealing with.

In Celebrity Culture, Ellis Cashmore, who is currently a sociology professor at Aston (UK), wrestles with our contemporary obsession with “the private lives of the rich and famous.” One on the one hand, we revel and even gleefully gloat at their missteps or misfortunes, but on the other, the state they inhabit has become more intensely aspirational. Even ordinary folks, including child YouTubers and Instagrammers, seem to aspire for the lures and fetters of celebrityhood. Though the phenomenon is exacerbated by social media, the author cites a book published as early as 1980, The Culture of Narcissism, in which Christopher Lasch suggests that the media has made ordinary lives and belonging to the “herd” seem worthless and boring.

Cashmore identifies some of the factors that have spawned celebrity culture, and especially its recent overspill into many aspects of life. For instance, to succeed even in a field like politics today, one has to acquire the attributes of celebrities. Even academia currently boasts of pop-star professors. The same goes with chefs, businesspersons or any other profession once considered outside the purview of glamour.

While some social critics identify the current-day fascination with celebrities as merely part of an ongoing historic infatuation with the “famous”, Cashmore argues that contemporary celebrity culture is different because of a more marked commodification of celebrities. He traces the antecedents to the late 80s/early 90s, to an intensifying collective interest that has been fueled by a “global media.” Moreover, he invokes the structure of the Panopticon to describe the manner in which celebrities are watched by fans. Similar to the ways in which prisoners are spied upon from a Central Tower, celebrities submit themselves to a prying Public Gaze. Those who don’t co-operate are banished into “oblivion.”

Essentially, Cashmore invests the public with greater agency, then they might be presumed to possess. He cites a study by Joshua Gamson, titled “Claims to Fame: Celebrity in Contemporary America,” which reports that fans are not passive consumers or mere victims of a secret society of conniving capitalists. Rather they are “knowing and savvy participants,” in the manufacture of celebrities. Often, as is the case these days, the celebrities are applauded or reviled, not so much for their talents or contributions, but merely for appearing – and preferably with a colorful private life.

One of the aspects of today’s Kardashian culture is the change from “achievement-based fame” to “media-driven renown.” People who might not have commanded so much attention in earlier eras, seem to flip from being yesterday’s nobodies to figures of national or even international repute. Partly, this has been driven by the emergence of the paparazzi – the photographers who whet the Public’s appetite by revealing aspects of celebrity lives that the famous might have preferred to obscure.

Of course, one of the other factors driving celebrity culture is also the sheer proliferation of TV (and now streaming channels) and the demand for diverting or amusing content that can occupy screen time. When TVs proliferated in the 1950s in the West, and later into other parts of the world, celebrities were, for the first time, ushered into living rooms. Viewers started developing attachments to real and fictional characters that appeared on screens. TV also cemented the bond between consumerism and celebrity culture. As the Dire Straits band put it, on their song played on MTV: “We gotta install microwave ovens/custom kitchen deliveries/ we gotta move these refrigerators/we gotta move these color tvs.”

Charting other trends in the history of celebrityhood, Cashmore points out that though Hollywood had already started producing “stars” in the 1940s, the manner in which the public engaged with celebrities changed, at first, in the early 60s. The triggering incident was  a prying image of Richard Burton and Elizabeth Taylor, engaging in an adulterous act, snapped up by an Italian photographer. Till then, celebrity lives had mostly been managed by the movie industry and the celebrities themselves. But a snoopy zoom lens had broken through their fortified privacy.

Even as that image and eventually more images like that multiplied, fans were no longer satisfied by the constructed dignity that stars wanted to project. They sought the “real juice,” the salacious stories that surrounded the glamour, the bruises, the broken glasses, the faces sans make-up, the affairs and the breakups.

Later, in the mid-80s, stars like Madonna seemed to read the shifting landscape very astutely. Rather than constantly producing new “hits” or movies, what the new age required was consistent, ongoing visibility. As Cashmore puts it, “doing was less important than just being in the public gaze.”

Madonna negotiated a sort of win-win with the media. She was willing to offer the kind of voyeuristic peeks into all aspects of her life in return for ubiquity. She traded “transparency” and access for a God-like fame. One of the offshoots of Madonna’s candid disclosures was that many celebrities actively embraced or even provoked “scandals” in order to hog attention. The point, they realized, was not to draw a particular kind of interest, but any interest at all. As Cashmore puts it, Madonna invited an era where words like “disgusting” or “filthy” to describe a celebrity were hardly considered character smudges. Instead, “they occasioned the popping of champagne corks in celebration.”

Princess Diana, whose victimhood was as appealing, if not more, than her fairytale entry into the palace, evoked new peaks in celebrity worship, both in the manner of her living and dying. Her funeral commanded a staggering global audience of 2.5 Billion viewers, a record that had been unsurpassed by historic figures and leaders.

Besides, the celebrities themselves, the more interesting subjects, the fans, or us ordinary folks, can also be measured in contemporary times on a scale. Most people fall into a “low worship” bracket on a “Celebrity Worship Scale.” We read and gossip about celebrities, but they don’t occupy our psyche to an unhealthy degree. There are however the “compulsive” worshippers, the ones who stalk every single word and act of the celebrity and try to mimic those aspects, almost with religious zealotry. As a case in point, in the four weeks following Diana’s death, apparently the suicide rate in England and Wales rose by 17%.

Though Diana’s son, Prince Harry, and his partner, Meghan, may not tip the scales like she did, they continue to discover the paradoxical nature of fame: attractive till you get it, repugnant when you have it. As the American songwriter, Gwen Stefani put it to the journalist, Nick Duerden in 2005: “Fame is . . . it’s such a strange thing, isn’t it? You never quite get used to being public property, really. Take our conversation now. You have just walked into this room and started telling me shit about myself and that’s, like, weird, it’s crazy, because we are strangers.”